DeepDetect v0.17.0 was released a few weeks agao. Below we review the main features, fixes and additions.

DeepDetect v0.17 was released few weeks ago. It has the novel Visformer architecture, and new image data augmentation with Torch in C++, among other things.https://t.co/jy42d1zXMf
The DeepDetect is fully Open Source and continues to bring our real-world DL advances to production

All images available on https://hub.docker.com/u/jolibrain 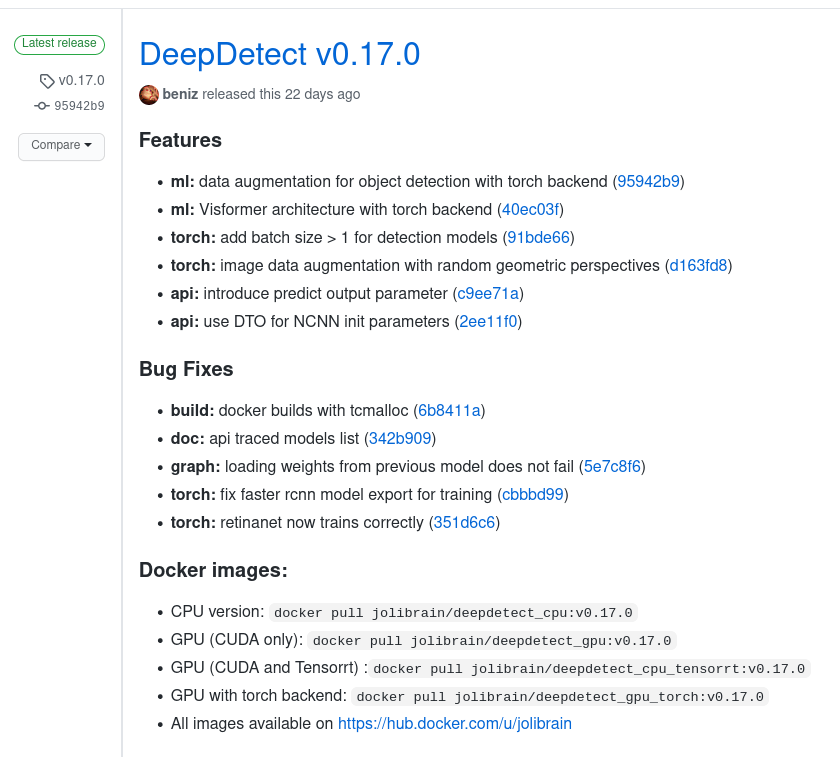