Working on timeseries allow to predict signals while taking into account the full history of inputs.

There are several use cases :

During data preparation, timeseries have to be separated using one CSV file per time serie.

CSV files should be split in training and test sets into different directories, and we recommend:

DD platform comes with a custom Jupyter UI that allows testing your timeseries dataset prior to training: 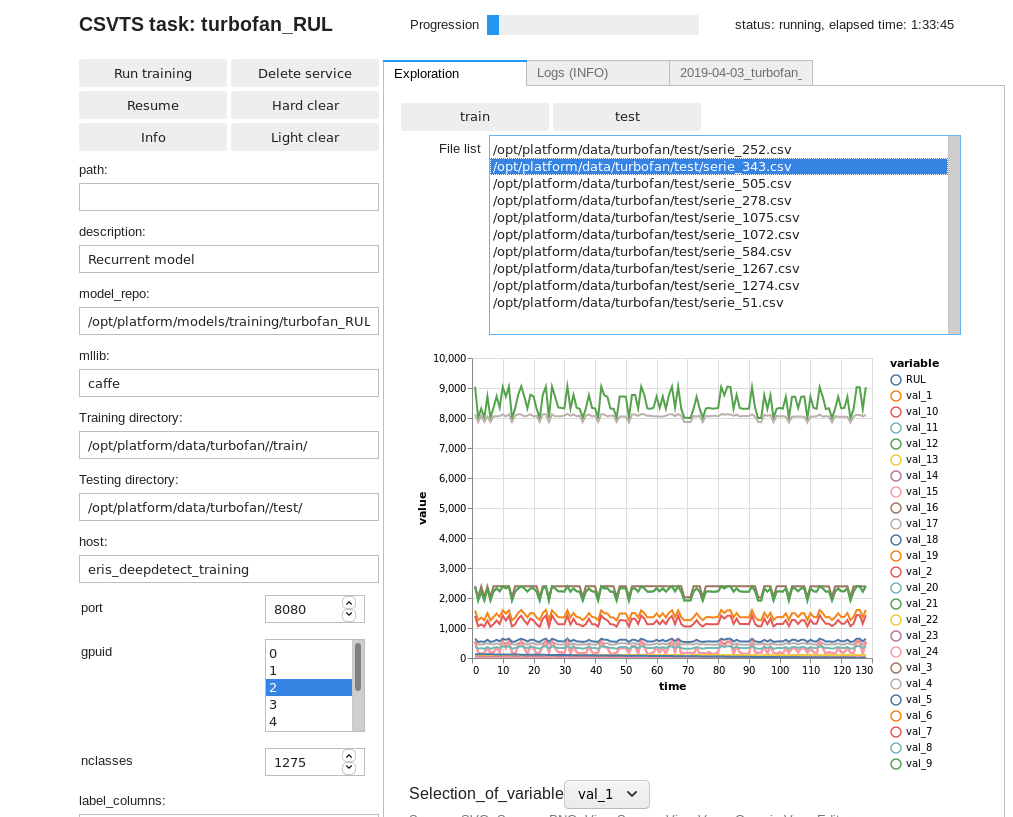 Below, we train a model that takes a time-serie and predicts three output signals (columns 22, 23 and 24), as well as the remaining useful like value (RUL). This is a typical multi-valued regression job on time-series, that uses a recurrent neural network.

Using the DD platform, from a JupyterLab notebook, you can use

This prepares for training a timeseries model with the following parameters: